Vikings Go Berzerk is an Yggdrasil Gaming slot machine, a sequel which follows another slot of theirs, called Vikings Go Wild, now over a year old. The idea is pretty much the same one, showing a Viking longboat and various warriors from it.

They are fighting Sirens in this game, and there are four warriors present on the reels to do that. The game’s release date is set to November 23rd, 2016.

There are 5×4 reels, they have 25 win lines present on them, and among the features you will get the wild symbols, scatters, free spins and a Berzerk mode.

I’ve always found the slot machines that were released by Yggdrasil Gaming to be very interesting. Their strengths come from both features and graphics, while payouts are typically lower on average, but with a good RTP overall.

For this game, I think we’ve found the same strengths as before, and I will start with the graphics. The action takes place onboard a longboat, a typical Viking vessel, which has two metal made dragon heads at its ends. The symbols give you four types of coins, along with four Vikings, with sirens and wilds. 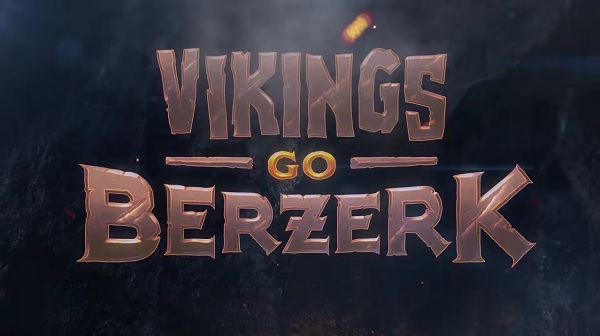 While in the base game, two different symbols will have the ability to trigger additional features.

One of them is the wild symbol, a natural choice for any modern game, and the one that you will often use to get winning combinations that wouldn’t have been possible without it. Easy to recognize, the wild symbols have a logo with their name on it.

Next, there is that Siren symbol, with the Free Spin logo showing at the bottom. This symbol is used to do just that, to trigger free spins for the player. The requirement is to have three or more of these symbols, and they can be anywhere on the reels, as long as they’re visible in sufficient numbers.

While you’re playing through the free spins, you will notice that Viking symbols appearing on the reels will fight against the Sirens. If they’re victorious, those symbols are turned into extra wild symbols for that round. Obviously, this can result in a lot of wilds present at the same time.

A Rage Meter is present, and it fills up whenever Viking symbols are used in the base game or in free games mode. Once filled, you receive 7 free spins, where the Berzerk mode is activated.

There is a lot of information missing right now, so until we see the RTP and the paytable, there isn’t much to dislike in this case.