Home » Game News » Live Jazz, A Gift From Genesis Gaming For Fans of This Music Genre

Live Jazz, A Gift From Genesis Gaming For Fans of This Music Genre 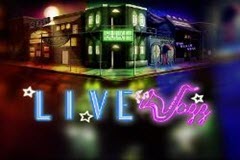 Coming from Genesis Gaming, Live Jazz will deliver an attractive design, with a theme that’s going to borrow quite a bit from jazz, and from the clubs where it is usually performed.

I’ve found it to be one of the most attractive titles that were created by Genesis Gaming so far.

I noticed that they didn’t pick a very high number of lines, just 5 used for 5 reels. Top payouts of $1,500 are possible in this game, which also relies on features like the scatter, the wild or free spins.

The atmosphere needs to be the right one when it comes to a game like this since it plays a huge role in real life as well. The developer got it right where the graphics were concerned, and they did this by going with related objects and singers, and without using any numbers or letters borrowed from poker.

The lower paying icons will give you posters, whiskey drinks, red lobsters, the entrance to the club and a street sign. The ones from the upper tier include the trumpet, the musical notes, two different singers (voice and instrument), plus the Moon and the game logo for the scatter and the wild. 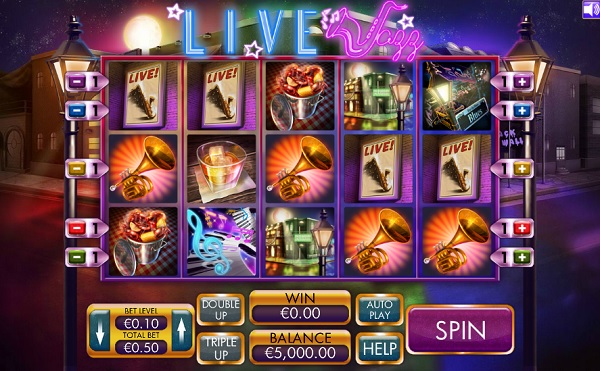 The idea behind the scatter is to bring you a prize, without being on the same active line with all its symbols. You only need to have 3, 4 or 5 Moon symbols in some random position on the reels, and in exchange you can get paid, 5x, 25x or 75x total bet value. This could bring the player up to $1,500 cash.

A symbol that will pay less, up to $800, the wild is nonetheless quite useful in this game. One thing it can do for you is act as a symbol that’s trying to form its own combo. Another role is the one where it replaces another symbol, being the wild for this reason.

Something that’s usually done via the scatter symbol, is the activation of the free spins feature. In this game, it’s the wild that does it, though it’s still from 3+ scattered locations. A feature starts up at that point, which asks you to pick a bar first, and then an instrument.

The bar choice lets you know how many free games you’ve won, between 5 and 25 being the range. The instrument pick determines the number of extra wilds, where you can have between 2 and 5.

The number of lines is one aspect that I wish could’ve been improved, even though the 5 lines will pay both ways, so it’s not as hard to form a combo as it might seem at first.

There is also the matter of the soundtrack, which only seems to run when the reels are spinning. A jazz themed game should do much better in this one area, maybe just as well as with the design.

There aren’t that many jazz themed games around, and this one certainly does well in a couple of areas, so I think that it should be on your list if you enjoy the music as well.

2016-10-05
admin2
Share !
Previous: Help Out With A Train Robbery In The Arizona Treasure Slot
Next: Starquest, a BTG Slot With Megaways